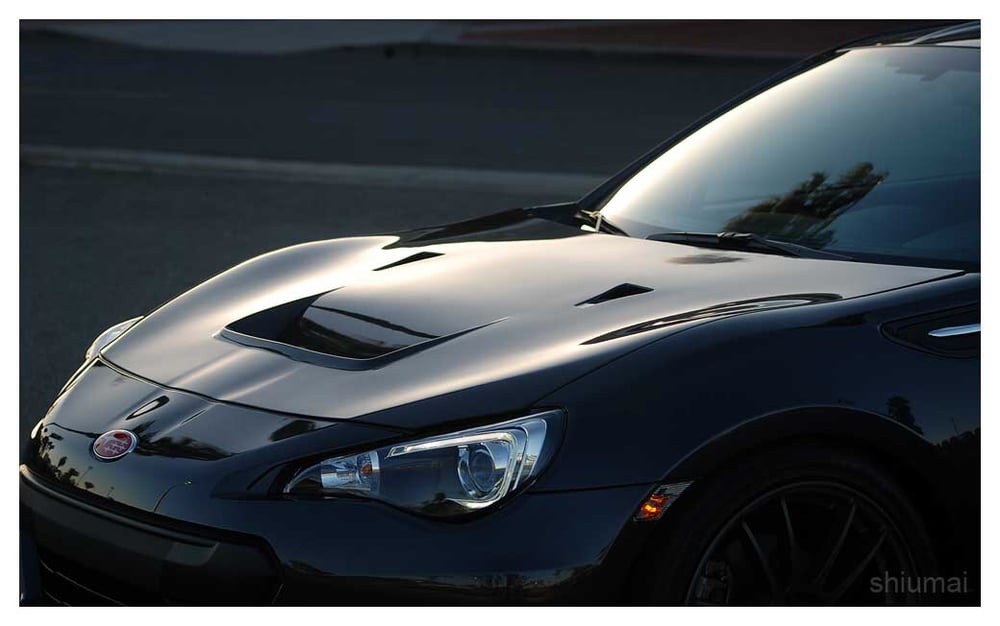 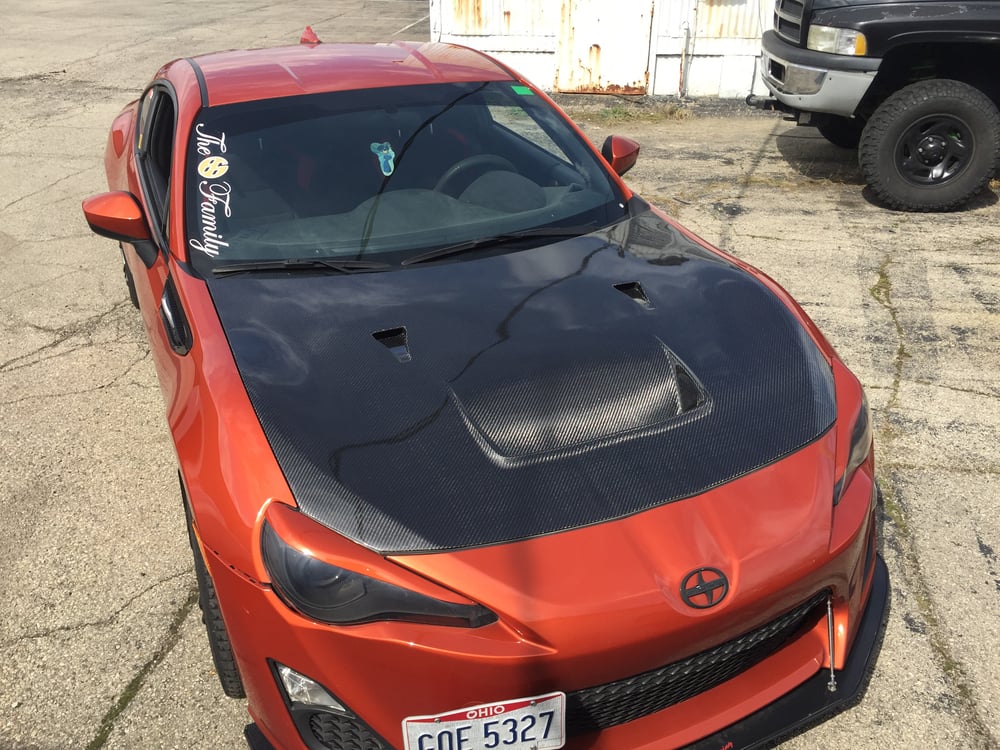 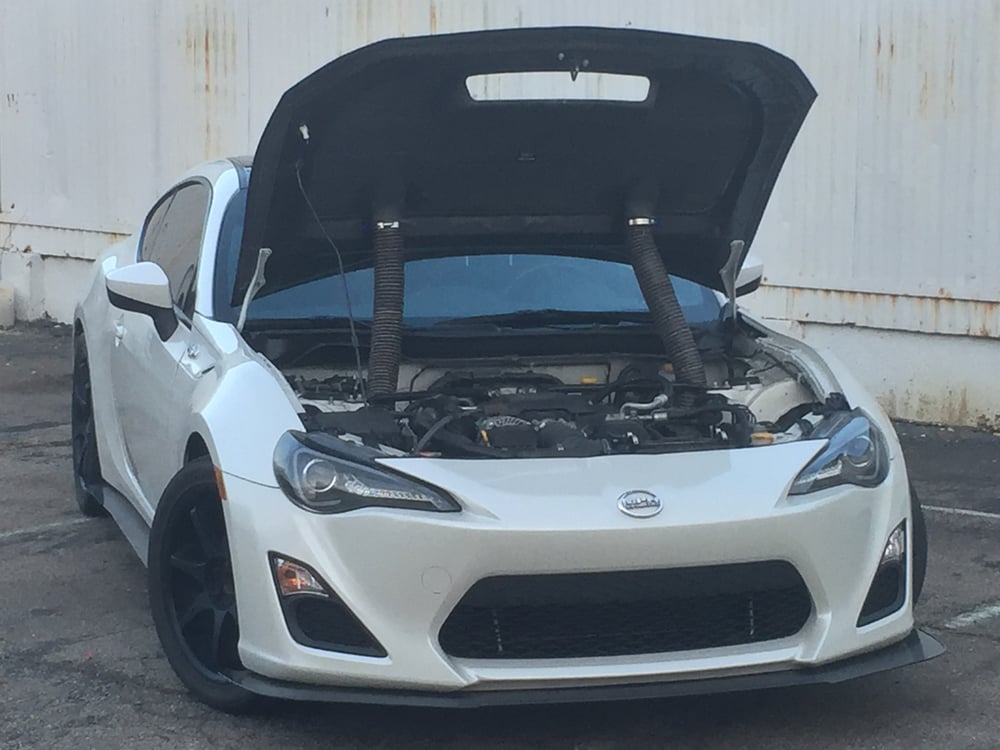 Designed with full function and maximum performance in mind. The hood is constructed of 100% aerospace grade high strength carbon fiber infused with a UV stable epoxy resin allowing for a precise and optimum fiber to resin ratio for the ultimate low weight part at 8lbs 8oz., almost exactly 50% of the weight of the oem aluminum hood. But the low weight is only half of the performance. The large center vent is placed as far forward as possible and placed directly above the radiator/fan setup, with a molded in wicker to enhance the negative pressure zone directly behind it, this front vent pulls large amounts of air and heat from under the hood and through the radiator. The two NACA ducts positioned at the rear sides of the engine are designed to allow smaller amounts of positive pressure airflow to flow from the back of the engine across the coil packs and towards the front of the engine where it meets with the negative pressure area from the large front vent. In addition to the large vent helping pull air through the radiator and lowering under hood pressure, this cross flow from the back to front of the engine helps cool the heat soak into the coil packs from the stagnant heat collected from the exhaust on the sides and front of the engine.

But just because it works doesn't mean it can't look good. Meticulous care is always taken to ensure the weave pattern is as straight and undistorted as possible in the layup. The dry fabric is then vacuum pressed and held under deep vacuum pressure until a perfectly leak free seal is confirmed to prevent any air intrusion or voids into the finished part, this also provides a nice pressed surface finish seen only on performance based parts. After the part is confirmed leak free it is then infused with a UV stable resin that is designed not to yellow or fade from the sun. After the part is cured they are then scuffed and clear coated with a UV protective clear coat for added protection for the sun and weather. Because it is a normal automotive clear coat there is nothing to chip or crack like typical gel coated "carbon" parts.